There is no shortage of free games on Android and on the Play Store. But now there are so many that it is very difficult to find quality titles capable of remaining in the memory of your Android smartphone for more than a few minutes.
So here is a small selection of old and new free games, of different genres and themes. This list is not meant to be exhaustive, but of course you can suggest your favorite games in the comments so that we can add them here.

MANAGEMENT GAMES
REBEL INC.
Do you know the Plague Inc. game? This is a very popular, and entertaining, simulation that puts you in control of an epidemic with the goal of eradicating all life on the planet (any resemblance to an existing reality would be purely coincidental).
It’s a great free game that can also be played offline. An in-app payment is offered to remove advertising.
MOBILE SIMS
The Sims and smartphones, it’s a long story. Electronic Arts’s flagship management license returned with a new copy in 2018: The Sims Mobile. This new opus uses the basic principles of the license: the player creates a human avatar whose life, habitat, work and social relations will have to be managed.
Still in free to play, with in-app purchases, The Sims Mobile was much better received than previous episodes thanks to more generous content without going to checkout.
ANIMAL CROSSING POCKET CAMP
Animal Crossing is a well-known license from Nintendo and like Super Mario or Fire Emblem, this one has also exported to mobile and is called Animal Crossing Pocket Camp. The aim of the game is to create and manage your campsite in a world made up of funny animals.
This title obviously gives pride of place to life simulation and you must nurture your friendship with the characters who visit your camp by completing the quests they submit to you. The game also prompts you to meet other players by touring your respective campsites and trading materials.
The editor mode allows regulars as well as new ones to have fun.
Be careful though, this is free-to-play so you can be patient and use virtual currency to unlock attractions or spend real money.
FALLOUT SHELTER
Released in 2015, Fallout Shelter was originally intended to be a small application intended to promote the console and PC game Fallout 4. However, it is a very neat nuclear shelter management game in which the player must manage an underground population. survivors, make them cohabit, work and send some on expeditions abroad.
SIMCITY BUILDIT
The brick-breaker game is one of the oldest concepts in the gaming world and yet it often happens that someone manages to reinvent it by adding simple little touches, from a simple power-up game breaker to revolutionary gameplay.
Ballz falls rather into the second category since here it is not a question of preventing the balls from falling to the ground, but just of breaking bricks requiring a certain number of hits before bursting while collecting new balls that will return the next round easier. To try urgently.
In Sky Chasers, the player must help a pilot move from point to point on a level using a small vessel powered by two jet engines. Pressing the left side of the screen activates the left reactor and pressing the right side activates the right reactor.

The handling is instinctive, the pixel-art graphics are particularly cute and the game has a very progressive difficulty making it very accessible. A free little gem that only offers a one-time in-app purchase to make advertising disappear.
ONCE UPON A TOWER
Why do you need a prince when you have a hammer? In Once Upon a Tower, we play as a princess trapped in a dungeon whose Prince Charming, who came to save her, has been devoured.
You will then be prompted to use a heart that you will either need to buy or collect while watching an advertisement.
After losing its llamas in the middle of the mountains, Alto’s Odyssey now goes on an adventure in many other worlds. This is still a very high quality game and an experience to be enjoyed on Android, especially as the game is free and supported by ads.
Crossy Road, too, quickly became a classic in mobile games. A little chicken by the side of the road decides to cross it, you control it and you have to watch out for cars that have done nothing but poor galliforme. If you prefer, you can even play as a duck, dolphin or unicorn. 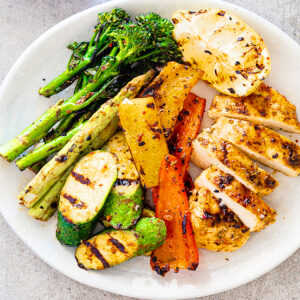